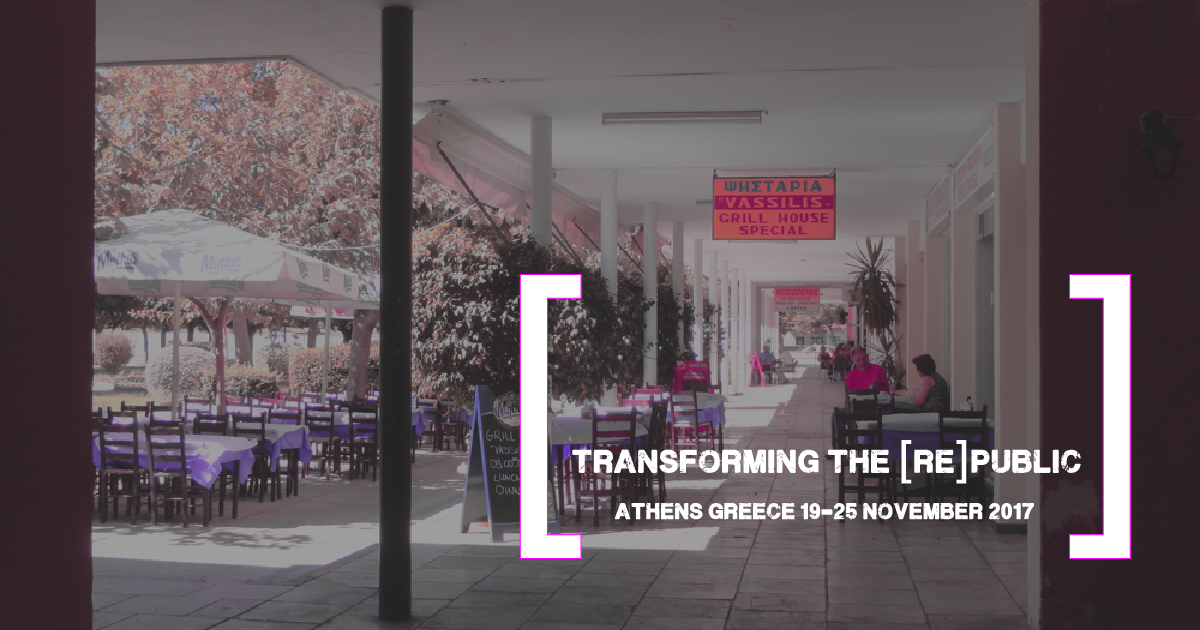 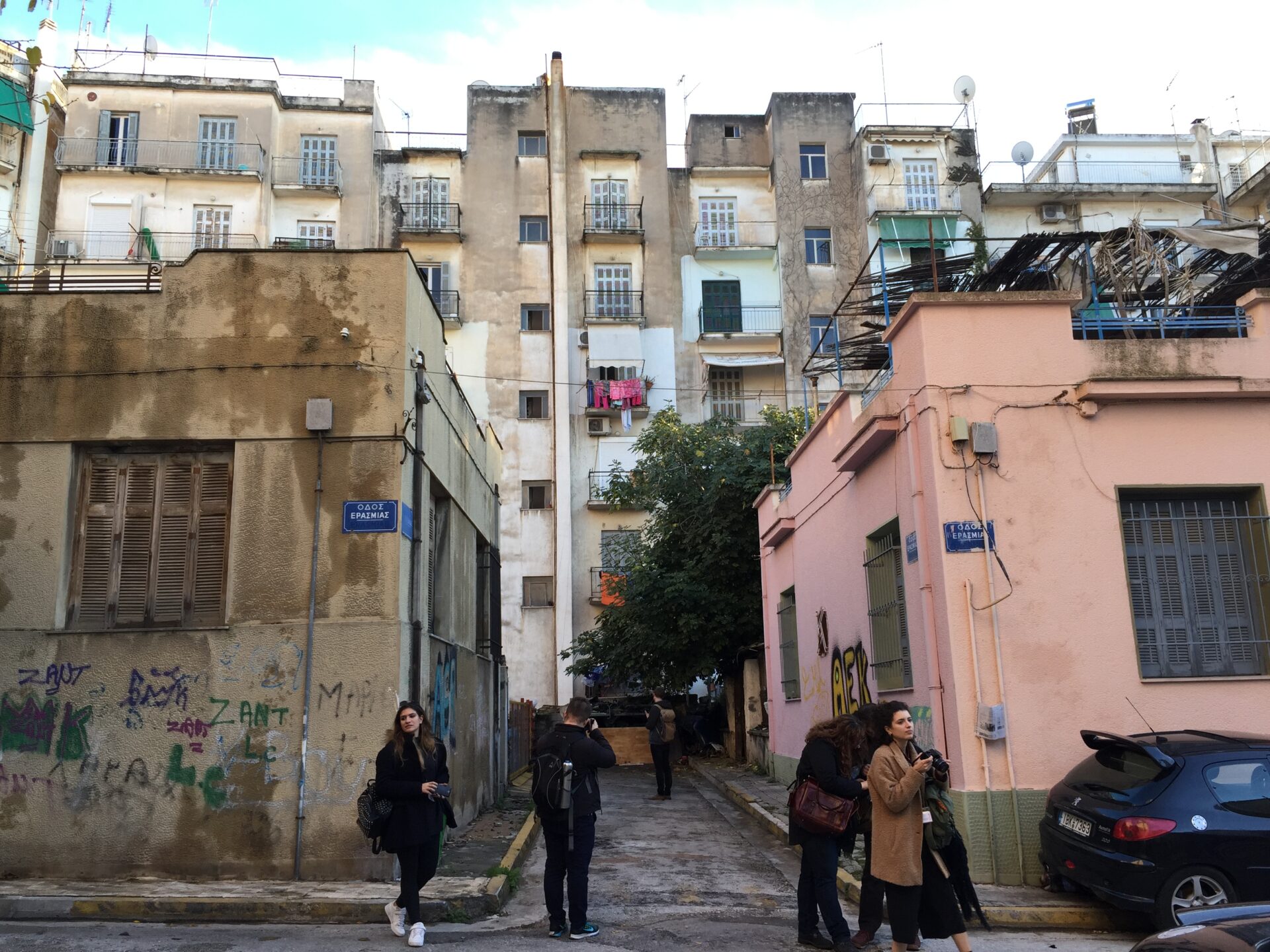 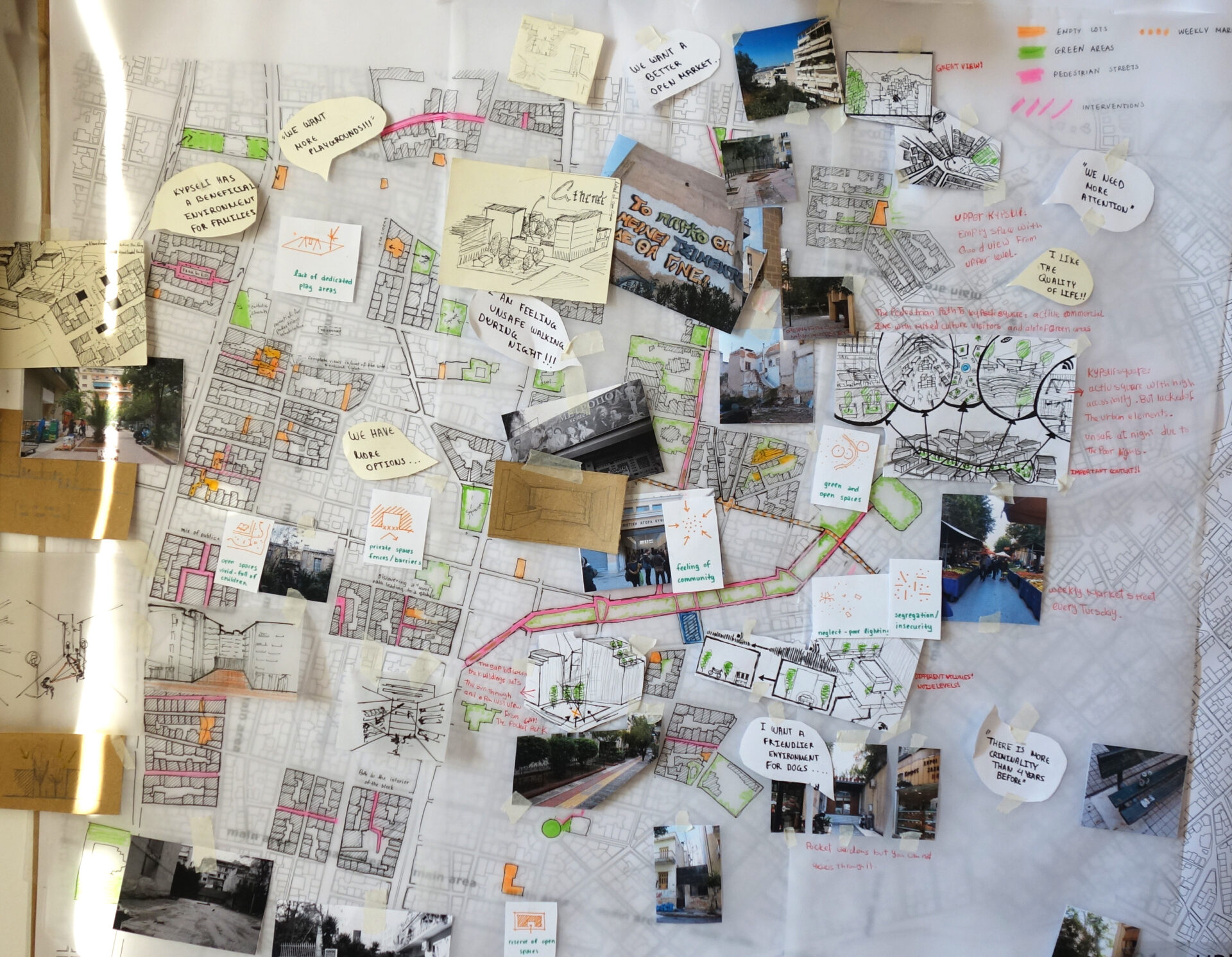 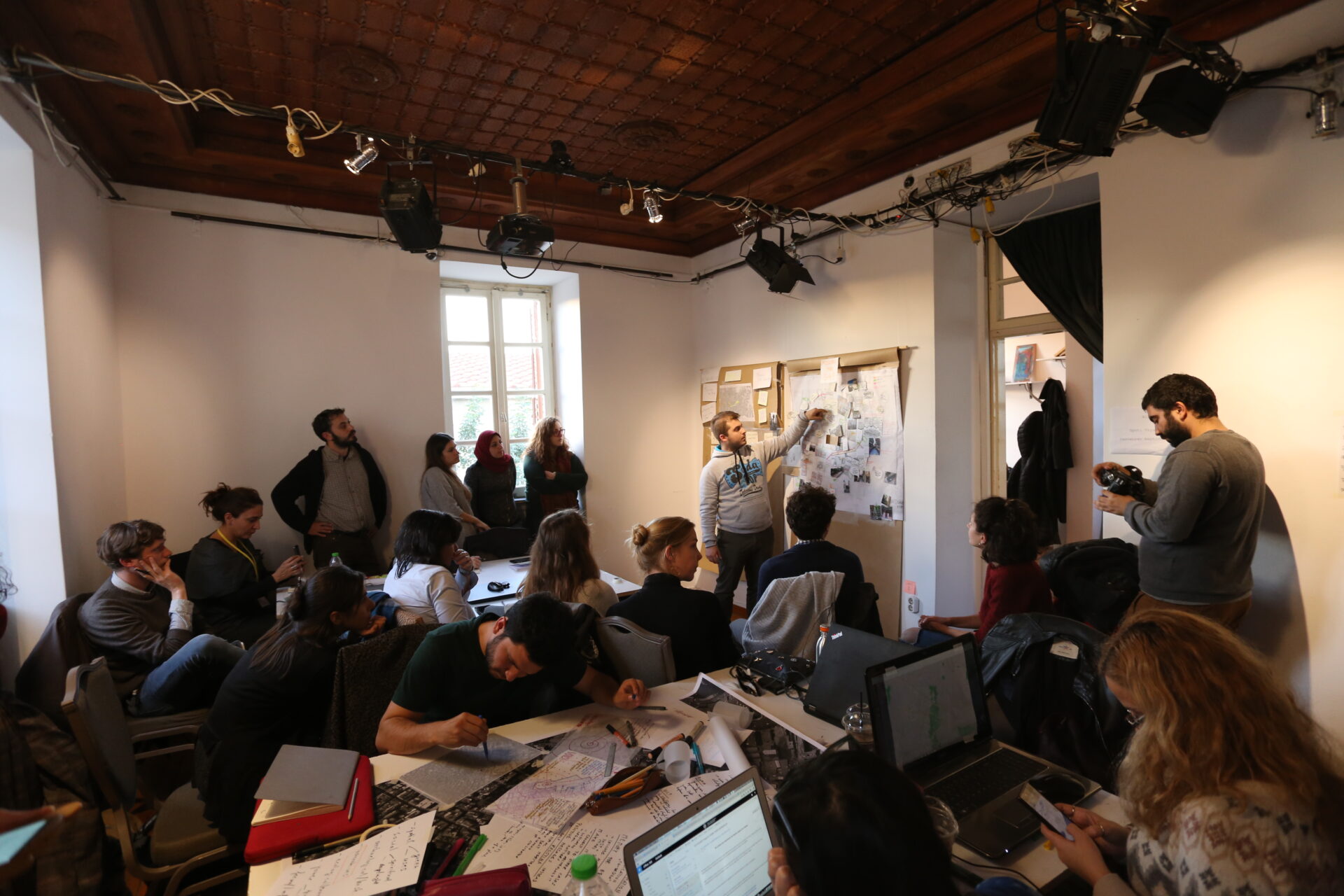 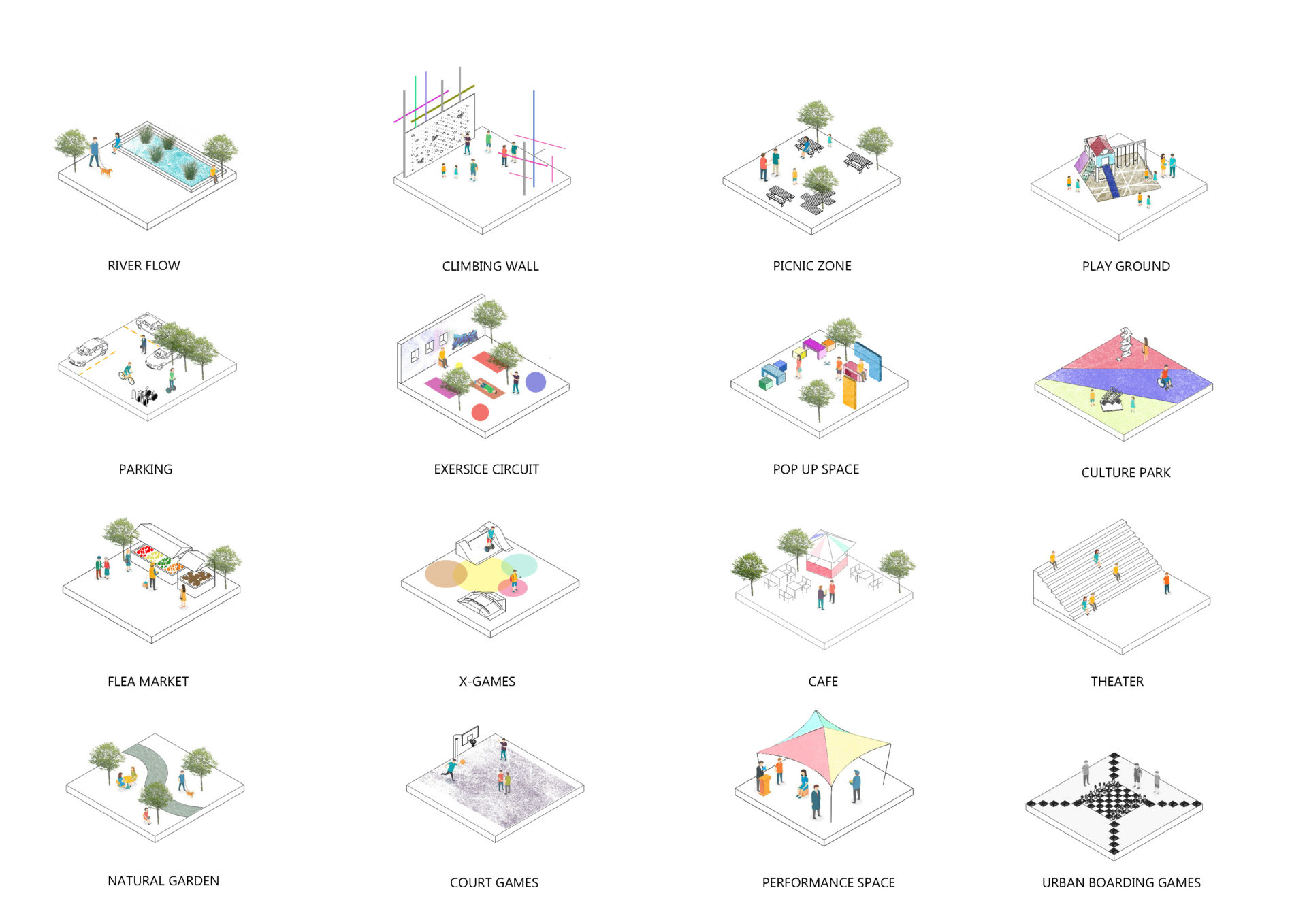 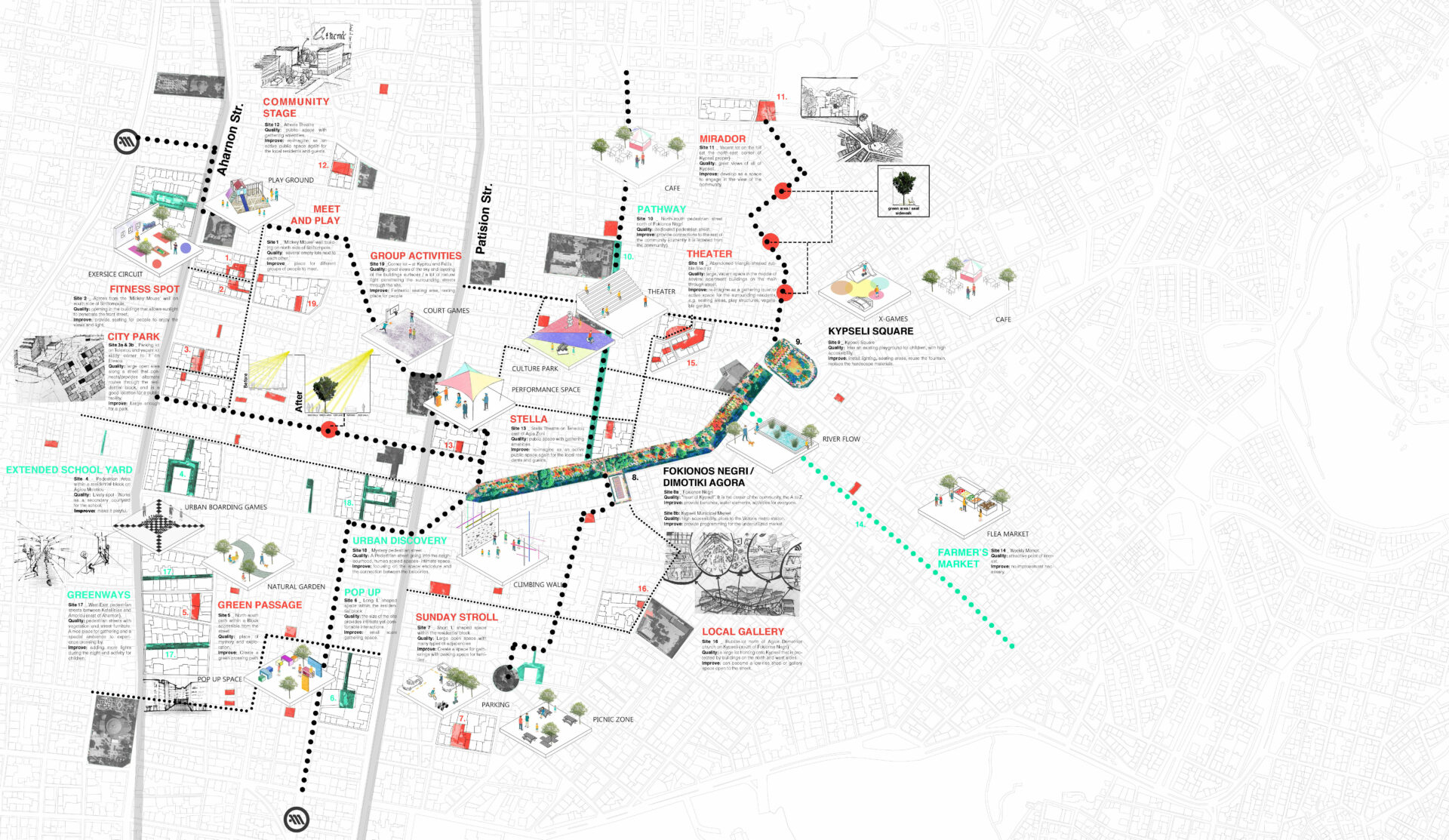 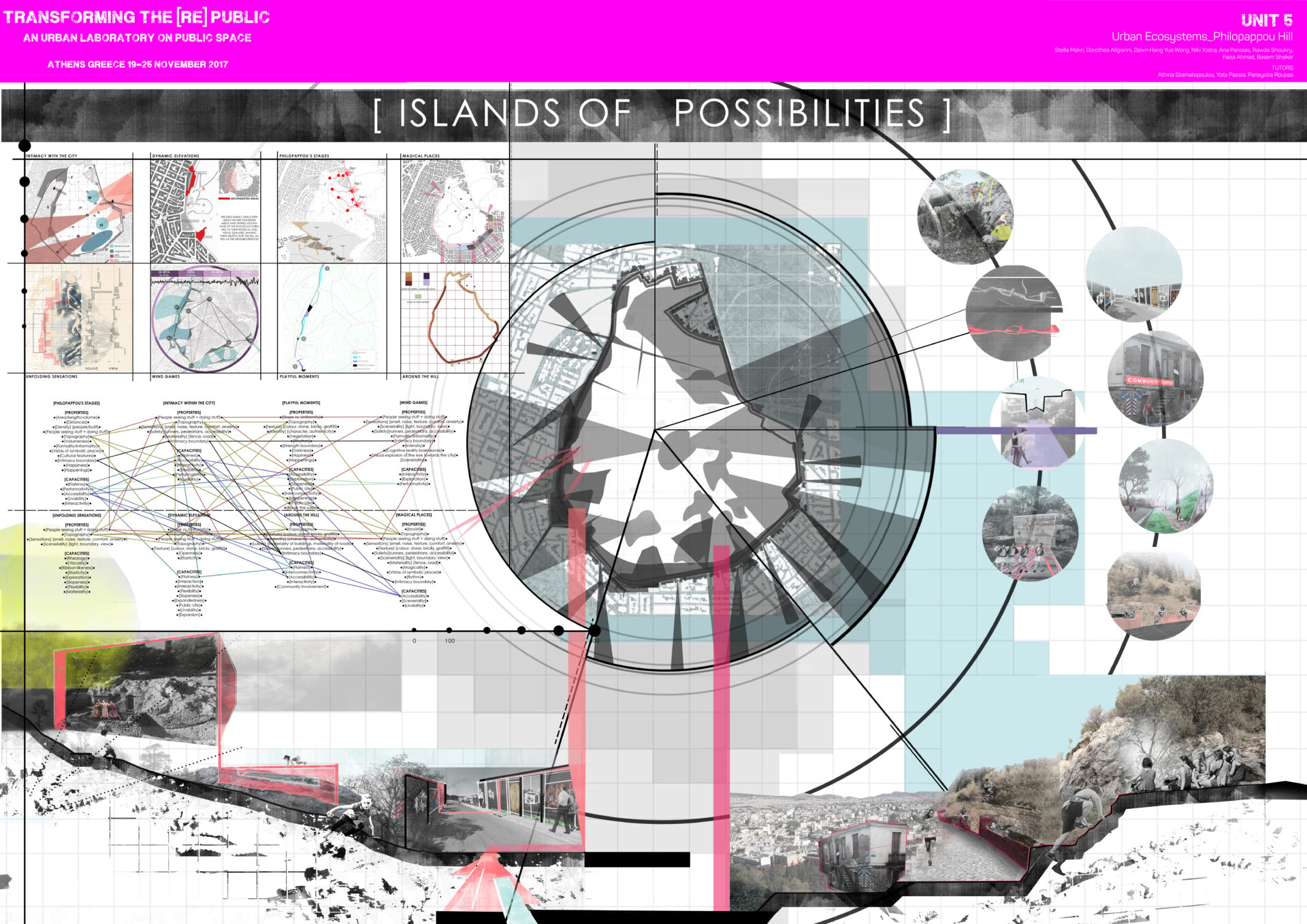 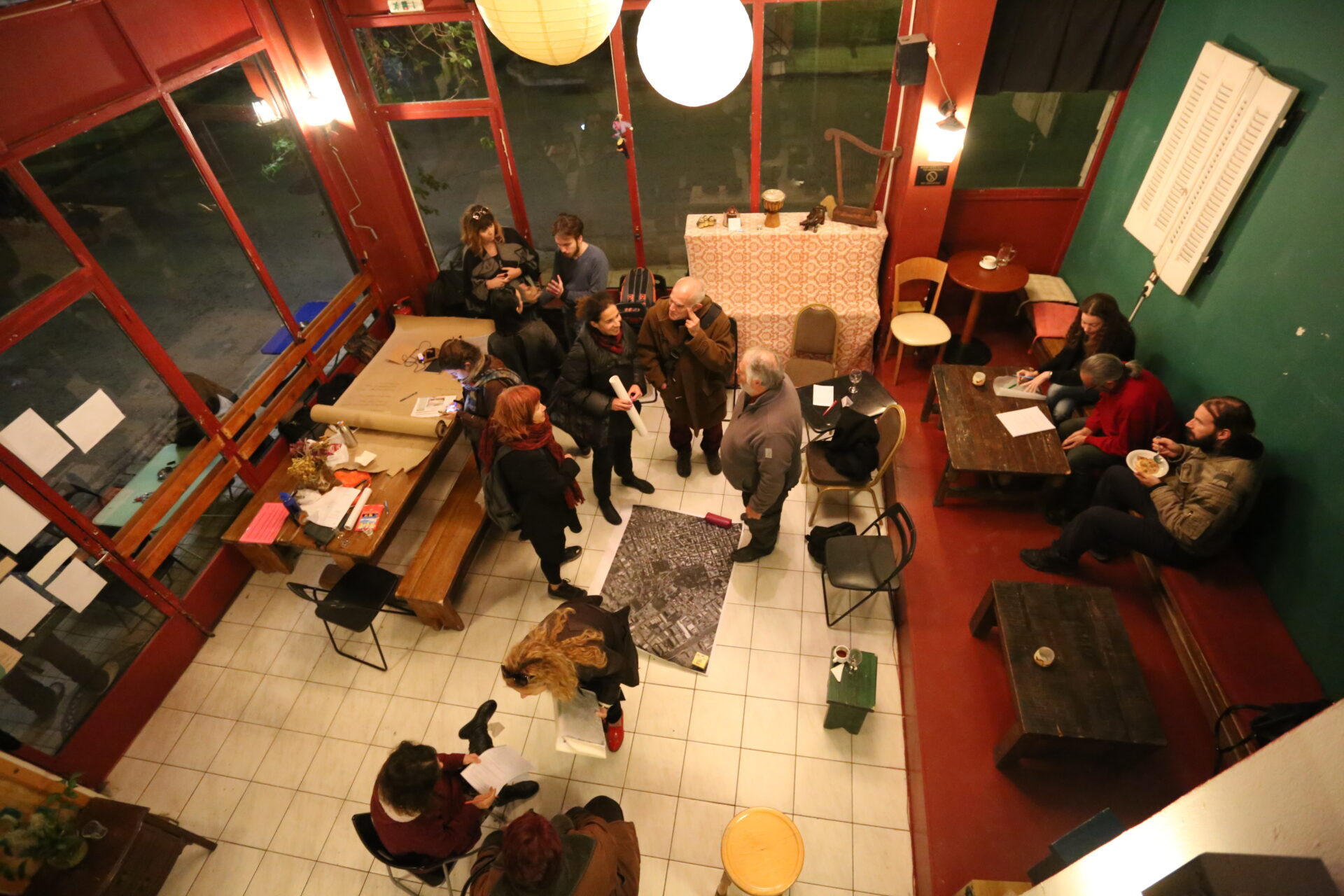 Transforming the (re)public: An Urban Laboratory on Public Space

From a small provincial town of no more than ten thousand people in the 1830s, Athens has transformed itself into one of the largest and most densely urbanised metropolises in Europe, now home to nearly five million people. In this process, fuelled by the timely accumulations of a multitude of small-scale private interventions, public space has often been the principal casualty of individual aspiration.

In the contemporary cityscape of Athens public space appears as a mis-matched collection of fragments: the squeezed out pavements, mostly taken over by parked motorbikes and cars; the odd square functionally unconnected to its local neighbourhood; cycling paths that fail to form a route network at a significant urban scale; isolated islands of pedestrian areas and green infrastructure, almost exclusive in the city centre, that embrace neither the expanse nor the diversity of the metropolis; a coastal zone that struggles to re-connect with the city, itself partitioned to suit private profit rather than public benefit. Contested by economic interests and in the lack of clearly defined policies, it is paradoxically the neglect of ‘public-ness’ that characterises these spaces, where the very qualities which make space truly public are disregarded.

Beyond the provision of a serviceable public amenity, public space is a catalyst for a city’s development and quality of life. Public space interventions acquire in this sense a multiplier effect in the delivery of economic, social, and environmental objectives for the city. Yet in Athens these are an amalgam of projects that far too often compete with rather than complement the city’s attempts towards more global-scale strategies. One struggles to define the city’s public image. Within an atmosphere of ‘a beautiful chaos’ the middle-classes escape the fall of the (re)public moving outwards into the invisible suburbia that steadily ravishes the hills of Attica while artwashing gentrification prepares the run-down areas of the inner city for urban entrepreneurialism dislocating vulnerable and low-income populations along the way. In this climate, revaluing public space and the ‘public-ness’ of the Athenian landscape is an opportunity to revitalise large parts of its rundown urban areas in a socially just way, contain its suburban expansion, and integrate its diverse localities, currently subordinate to a dominant centre, into a more equitable and cohesive metropolis.

This Urban Laboratory delves into the contemporary culture and nature of public space in the Athenian metropolis. It investigates how public space functions a) as a set of conditions in local areas b) as continuous networks at a city-wide scale, and c) as an agent within the city’s socio-economic processes. Transforming the (re)public has generated both local and city-scale public space strategies focusing on opportunities for low-cost and high-impact interventions—a public space acupuncture as a catalyst for urban regeneration. Key objectives include: sustainable urban mobility, the right to the city, public health and well-being, social cohesion, spatial justice, improved access to public amenities and environmental sustainability.